I travelled to Perth last week for 3 days, to visit with clients I haven’t seen since February, and more importantly, since I moved to a new company in April. I have something like a “kinship” with Perth, having spent A LOT of time there over the last 9 years. It’s a lovely city, with great people.

My favourite hotel in Perth is Fraser Suites. It’s in a good location, near the water, near the Causeway, close to the hospital. I’ve stayed there a number of times and the rooms and service are always good – this stay was no exception.

I was given a complimentary upgrade to a 1-bedroom apartment, and for the first time, I was given a room with a balcony (you can see the view in my header image). The bed and pillows are comfortable – I was able to choose my pillows when I booked online. Speaking of booking online, I took advantage of their “book 28 days in advance and save 20%” deal. 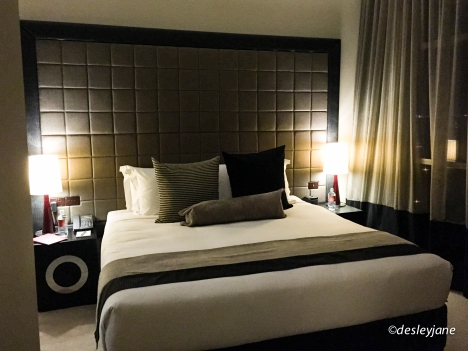 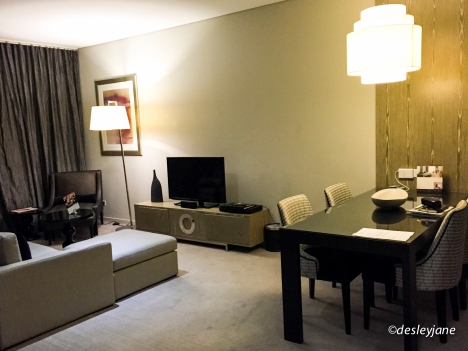 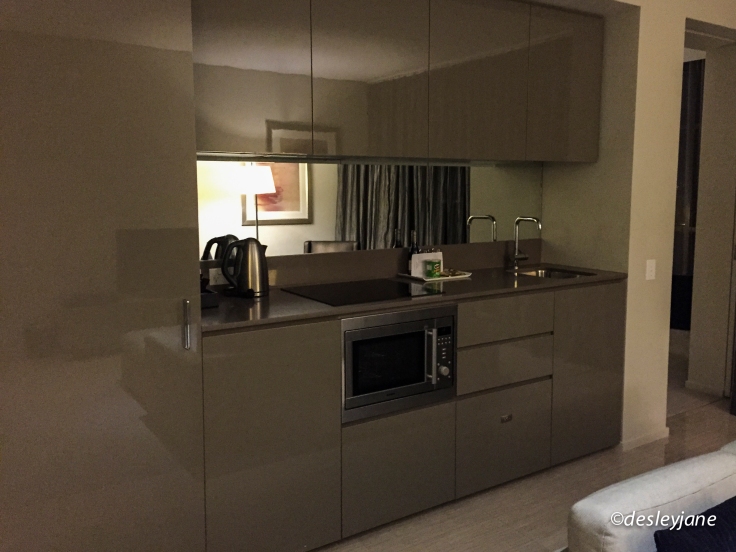 The bathroom has a bathtub and a separate shower and the shower has an overhead shower and a handheld. The windows in the bedroom and living room are floor-to-ceiling and all windows have two sets of coverings – one dark and one sheer in front of the dark. Actually, I have adopted this at home – I have a blackout curtain behind a patterned shear – this way I can close the sheer curtain and leave the blackest open, allowing in light but still giving me privacy during the day.

The hotel restaurant has been updated recently with the addition of a Peter Evans menu. I haven’t experienced his food before and I’m certainly not an advocate of his ideas. I had room service the first night and dined in the restaurant with a friend the next night.

I had the soup (sweet corn and scampi) and the margarita pizza in room service. The soup was amazing, one of the best soups I’ve had. The scampi and puffed buckwheat were in the bowl and then the soup was poured over the top before serving. It was full of flavour, the scampi was perfectly cooked and the buckwheat added a nice texture. The pizza was not very nice, I’ve had pizza here before and it wasn’t good then either (I later remembered). It was quite tasteless, most likely owing to the sauce.

In the restaurant, I had spaghetti and meatballs which were not bad, but not the greatest I’ve had. My friend had the roast chicken, with roasted vegetables and she was impressed with it.

Two final notes – the wine list, while mainly featuring WA wines, was still quite good. And the staff were excellent – friendly, knowledgeable and attentive.

I really do love this hotel. I stay here whenever pricing permits. While I would have that soup again in a heartbeat, I would prefer to take advantage of Perth’s great restaurants in future.