A Letter in Pink 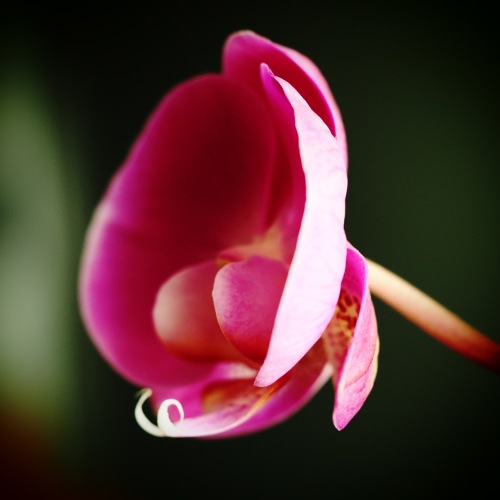 Rounding the corner, all I could think about was getting home to a glass of wine and a hot shower. I was reaching for my phone to check the time, when my foot landed on something hard and my ankle rolled out. Down I went in an ungraceful collapse, my phone skittering away and my hands going out to break my fall. As I gathered up my phone and my bag (and my dignity), I looked around to see what I’d stepped on. It was a large package, torn and dirty, with some pink glitter showing though.

I picked it up and noticed the address was nearby. It was addressed to Max, but the surname was smudged. I was intrigued and I had to see what was inside. I carefully lifted the torn edges and was surprised to see that it was a giant, pink, glittery letter J.

Off I went, limping slightly on my twisted ankle. I arrived at a small neat row house with a lovely cobalt blue door. I caught movement to my left and noticed a little blonde girl, all dressed in pink, at one of the windows. She looked quite glum. She soon noticed me and the package I was carrying. A few seconds passed as she studied me and then she began to giggle and point at me, then pointed inside the room, shouting “Daddy, daddy”.

I moved closer to her window and started to laugh. There high up on the bedroom wall were the sister letters, U-L-I-A.

Today’s Writing101 prompt: You stumble upon a random letter on the path. You read it. It affects you deeply, and you wish it could be returned to the person to which it’s addressed. Write a story about this encounter.

A shoutout to my dearest friend Moana, who celebrates her birthday today. I told her about this prompt at her birthday drinks tonight and she suggested using an actual letter of the alphabet, rather than a document. I thought it was a brilliant idea.

Ok, so I confess that a giant pink letter J probably wouldn’t “affect me deeply” (although you know I love pink) but let’s say it does, for the story’s sake. The second part of the prompt was to be brief – write a short story. I had started to write a different story but it was becoming quite long so I came back to this idea. I hope you like it.