I was in Sydney for work last week and one night, it was almost 7 before I got back from work, so did some googling and found a great spot to see the city, the bridge and even the Opera House. The light was fading and a storm was rolling in, so it was quite dark. My photos are taken with ISO640 so there’s a little grain, and also I’ve used a slow shutter speed and I was handheld, so not super-sharp. Regardless, I really enjoyed spending almost 90 minutes at this location, experiencing the storm. A couple of photos were taken during lightning strikes that happened behind me and lit the sky with a violet light – amazing to see. My feature image above is one of those lightning glow shots and it was one of the last photos taken, so quite dark. Also, the last image in my gallery is from a lightning glow towards the end of the night. 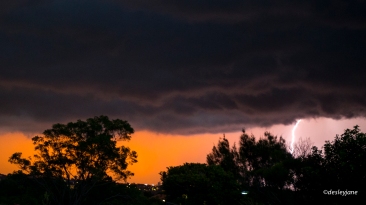 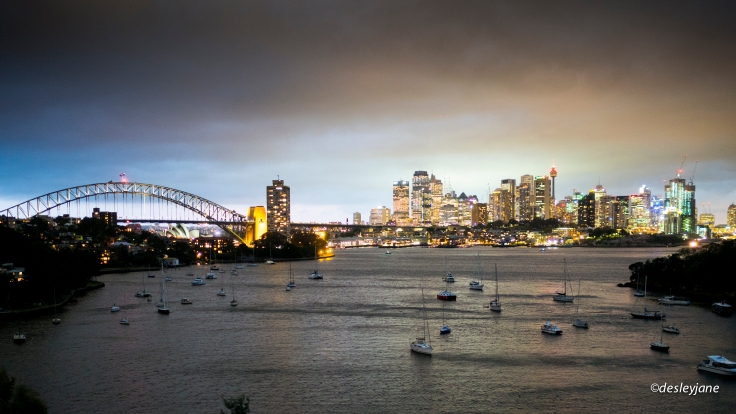 Here are a couple of black and white shots, ’cause you know I love them: 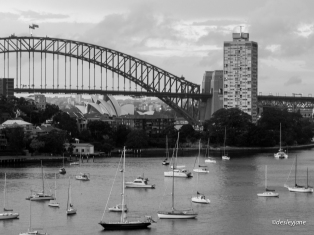 Finally, on Friday night, I had a very late flight, so I headed to another location on the opposite side of the harbour and got a few shots before it started pouring rain: 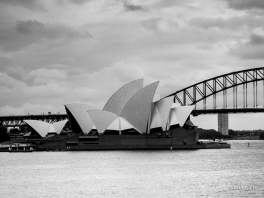 I hope you enjoy these little galleries. I took some 250 photos over the course of these two shoots (including a number of bursts to get the lightning shots) and ended up processing 50. I am adding these to Lucile’s Photo101 Rehab Clinic, come and visit!